The Colour of Sound 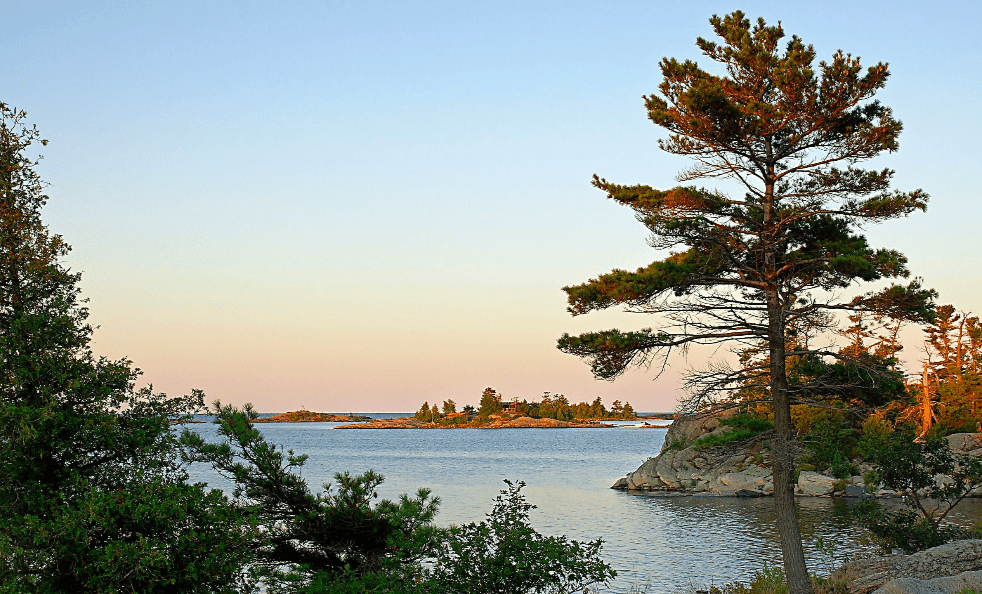 Understanding Complex Things/Sir George Solti was possibly the greatest conductor of his time.  I was reading his autobiography while sitting on a chair overlooking Lake Superior just outside of Rossport, Ontario.  I had a glass of wine in my left hand, and the book on my lap. The pages flapped in the wind and I watched a mosquito trying to prove herself like a Cessna trying to land in a storm on Isle Royale. She hovered over the back of my hand, touched down, lifted off and circled around again. The breeze off the lake had grounded the less tenacious needle-nosers and she flew solo.

A singer/songwriter was setting up for an evening concert in the lakeside bar behind me.  It seemed like a gig for grog affair as he lugged his amps, crates, and guitars.   I returned to my book and remembered that even Solti once played piano for grog and schnitzel.

The big orange sun was dropping into the lake and my husband was standing way down on the point in silhouette.  He stood with his bagpipes and looked for footing on the difficult igneous rock.  His favourite place to play his pipes is in the wind near water and preferably this water – the Great Gitchigoomee.  The water looked purple in the distance and green at his feet.  Colour was abundant, vibrant and strangely alive here.

I returned to my book.  Solti spoke of key signatures as colours.  This surprised me.  It did not seem usual that someone of Solti’s discipline would make such an association.  Having known a number of conductors, any idea I had of them as fanciful poets had fallen away long ago.  I’d learned that classical musicians are often stern categorical thinkers.  So, I imagined, the great Solti would also have an inscrutable mind filled with opinions and musical pedagogy.  I’m sure he had that, but there was another quality he possessed that perhaps elevated him as an artist.

He entertained sensual associations about key signatures.  He said A Major is the brightest.  Then he talked about the colour of A major.  What do you think?  Did he say white?  Did he say yellow?  No. George Solti  (György) described A major as “silver, the brightest key of all” and he wrote about Wagner’s Lohengrin as filled with it.  It was in thinking of the colour or light effect known as silver that shaped his interpretation of the music, and which shaped any production of Lohengrin in which Solti was involved

Solti was a fine musician mathematically adept.  Where did his poetic interpretation and his mathematical exactitude converge? His poetry and his mathematics must have been balanced forces keeping each other in check. That’s where Gyorgy’s art was found; in the spinning balance of his art and his science.

Does every thing, entity, or living idea require a balance of polarities? Is our understanding of all things a constant recalibration of polarities?  Is the blended world of poetics and mathematics that informed Sir George Solti on the nature of music compatible and comparable to that of all the world’s big thinkers. Are good decisions big and small found in the algorithm of the whole – and an acute consciousness of the variables.

The whole may be king – but the variables are the kingdom.

This holds in true in real estate as well.

As a realtor I get to hear your thoughts. This is one of the more surprising benefits of daily life in real estate. It is the opportunity to learn what people are thinking. I’m referring to the ruminations that come with time spent together. These are the thoughts that bubble up on the spin bike […]

Reflecting zeitgeist, the art  world and that of fashion too, broadcasts and leads forward.  Last year the Gucci turban of extraordinary colours encouraged us to create celebration where no other was found. It was a fascinating prescription for the time. While you cocoon: clash and create, they instructed. This year we are after the impact. […]

According to the State of Bookselling in Canada Survey 2020, 67% of bookstores reported an increase in new book sales for 2020 while 80% reported an increase in puzzle sales?  Puzzles? This sounds like a clue. In the journal Frontiers in Aging Neuroscience  puzzles are cited as decreasing stress and offering feelings of mastery, […]